RJ4All e-courses are put together by international experts in social sciences including restorative justice, human rights, criminal justice and research methods. The material are the results of years’ of research and consultations with young people, victims, practitioners and users of the justice system from around the world.

The training material including the online tests form part of a formal CPD accreditation process, and as such they are reviewed by independent examiners. Below you can find short biographies of the key trainers responsible for our e-courses.

He is also an Adjunct Professor at the School of Criminology of Simon Fraser University (Canada) as well as a Visiting Professor at Buckinghamshire New University (UK). Professor Gavrielides is the Editor-in-Chief of the International Journal of Human Rights in Healthcare, Youth Voice Journal and the Internet Journal of Restorative Justice.

He is an advisor to the European Commission’s security programmes, and the coordinator of a number of EU funded research projects on violent radicalisation, migration, restorative justice, youth and human rights. He has acted as an advisor to a number of governments including the Chilean and UK Ministries of Justice, the Mayor of London, the Council of Europe and the British Council in the Middle East.

Previously, he was the Chief Executive of Race on the Agenda, as well as the Human Rights Advisor of the UK’s Ministry of Justice. He has also worked as a Researcher at the Centre for the Study of Human Rights of the London School of Economics and Political Science (LSE).

He has acted as the course convener of the following accredited e-courses:

Ben Lyon is an experienced restorative practitioner and the Chair of the RJ4All International Institute.

In the past, he acted as a trainer and researcher on the Restorative Justice in Europe Project funded by the European Commission and has managed the CONNECT project for NACRO. Furthermore, he has acted as the Chair of the User Scrutiny Panel of Restore: London, funded by the Mayor of London. Ben has been chair of the London Restorative Justice Network and is a founder member of the Association of Restorative Practitioners (UK). He was also a member of the Home Office RJ Training and Accreditation Group, which was responsible for producing the UK Best Practice Guidelines for restorative practitioners.

His involvement with restorative justice started in 1998, following research with Thames Valley Police and attendance on the first Birkbeck College Restorative Justice course. A Metropolitan Police career led him to specialise in working with young people and youth crime in 1991. He joined the pilot Lewisham Youth Offending Team (YOT) in 1999, with responsibility for developing and delivering restorative interventions. As part of that pilot role he provided an RJ consultation facility for staff from emerging Y.O.T.s.

Desirée holds a Master of Science in Political Psychology from Queen’s University Belfast as well as a BSc in Psychology.

Her passion for Human rights and her interest in understanding the complexities of human behaviour has taken her to work and volunteer for several hospitals and schools as well as governmental institutions and non-profit organizations providing support and assistance to those who were detained arbitrarily, tortured or assaulted during protests in Venezuela.
Her academic and professional experience during this time forged her passion for Human Rights which led her to complete a Master’s Degree in Political Psychology where she developed an interest in restorative justice.

Gabrielle Browne has become respected as a balanced and intelligent force for reform. Following her ordeal as a victim of a serious sexual assault, and an ensuing decade tackling the failings of the Criminal Justice System (CJS), she transcended the role of victim and has become an advocate for victims throughout the CJS.  Gabrielle undertook training as a Restorative Justice (RJ) facilitator to better understand its benefits and to focus on getting victim and offender lives back on track. She was recently a member of the Independent Scrutiny Panel, which guided the delivery of RJ in the Mayor’s Office of Policing and Crime (MOPAC) Restore London service. She chairs the MOPAC Victims’ Reference Group and sits on the London Victims’ Board. An independent consultant on best practice to both the Home Office and the Parole Board – Gabrielle delivers training on best practice to multiple police forces and Home Office staff and is a regular contributor to news media on crime-related matters 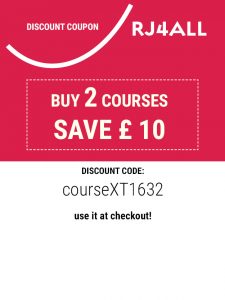 THE INTERNET JOURNAL OF RESTORAVIVE JUSTICE